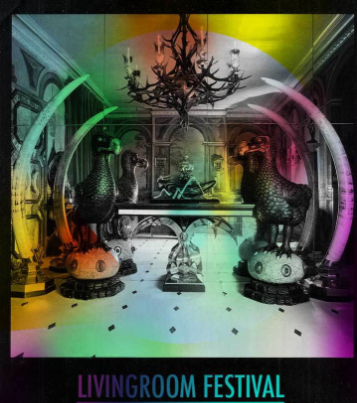 The Living Room Festival invited an audience to cozy living rooms for four days of coming together to watch performances and movies, listen to readings and concerts, play games, talk about the works that were presented or about any subject that came on the table.

The organising artists transposed their works to their living rooms to transform them and give rise to new meanings. One festival with different programs (in Madrid, Berlin, Zagreb and Brussels) was designed to trigger the curiosity, involvement and wishes of the audience, as well as of the artists. Simultaneously in different cities, several days of experiments were organised, audience and artists together, during which the works were considered as devices to create relations and dialogues. The intimacy of the context enveloped veryone in a sense of community, so that the usual role of the spectator simply vanishes. Between the different events, there was time to talk, to chill and lie down on soft pillows and blankets, to have some drinks, eat and of course party.