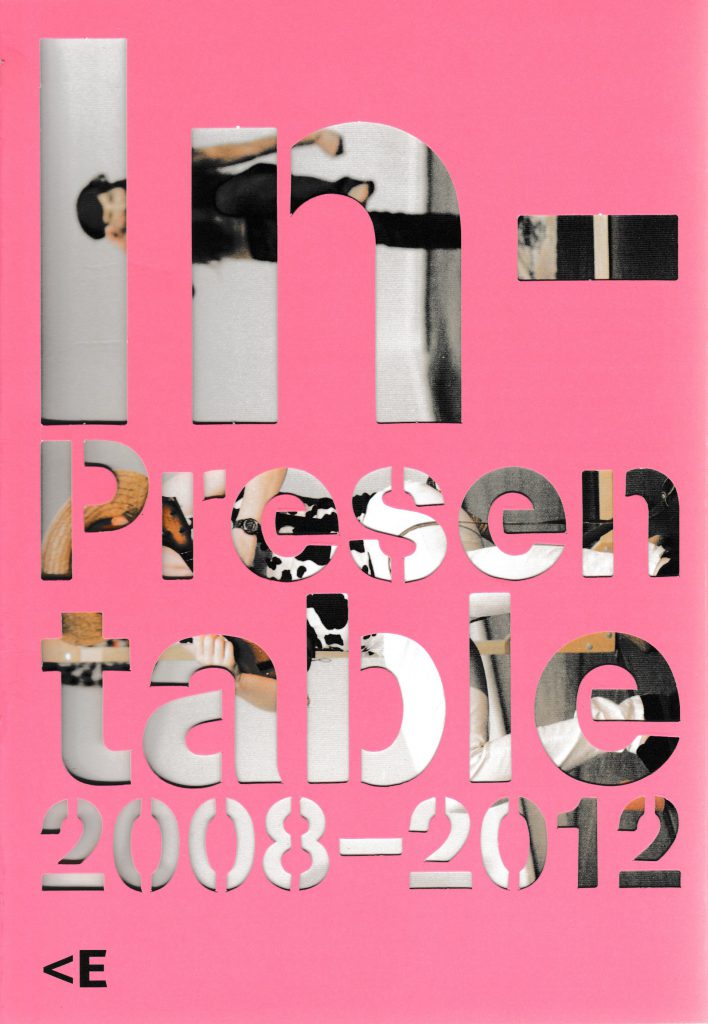 This book is the second of the two-volume set devoted to the Festival In-Presentable and covers its last five years of existence (2008-2012).

In-Presentable tried, among other things, to give visibility to a multiplicity of experimental choreographic practices, bringing together choreographers, performers, theorist, visual artists, theater directors, architects, writers, cultural managers, professors, all kind of spectators… on this book we have invited some of them to dialogue with each other.

From talking about their own works to reflecting on the present situation, these nine interviews/conversations unfold, directly or indirectly, important issues for the festival, such as: The relation with the institution, the academy, the spectator, the motors for creation, creation itself, the image as narrative, immaterial works and labour, the function of art, the artist obsessions, the tools for creation, affects, the idea of documentation, problems concerning representation, the urgency to create, history, the self, the we…

In parallel to these, Juan Dominguez, curator of the festival, undergoes an intense interrogation conducted by the rest of the editorial team (Fernando Quesada, María Jerez, Maral Kekejian and Emilio Tomé) enquiring into the joys, frustrations, memories, expectations and hopes contained in those ten years of the Festival In-Presentable.

This book aims to link the past work with the present one, and faces an unknown future where all these artists continue working.